"I recommend it highly"

A harrowing tale of sexual 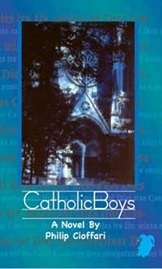 A character-driven suspense thriller set in the Bronx in 1960. Alex Ramsey, a housing detective grieving for the death of his son, hunts a killer who targets teenage boys.

Published by Livingston Press. Available at bookstores and online at Amazon.com and other e-tail outlets.

Ramsey let himself into his house and stood listening to the silence. The TV’s light glared across the cushions of the sofa. Uncle Milty in a dress and a blonde wig pranced across the screen. It was Helen’s practice of late to leave the set on, without sound. She would rarely sit and watch it, but relentlessly the characters moved in pantomime through a world quiet as dreams. He turned the set off, then climbed the stairs.

At her door, he listened first then knocked. He leaned in to find her curled on her side. The curtains had been drawn tight across the windows. Only a night light offered relief against the blackness. She wanted light when she slept, but not the silver-blue light from the street lamps--the color of grave stones, she said--which gave her a cold feeling. He didn’t argue with her when she made judgments like that, just as he hadn’t argued when she decided that it might be better if she slept alone “for a while.”She had suffered so much already he wanted to give her whatever she asked, whatever she thought she needed. In the shadow of his grief, it had been easy to conceal his disappointment at not having her beside him through the night.

She slept with her right hand pressed to the center of her chest.The way the small fist rose and fell with her breathing made Ramsey think of the words from the Sunday prayer mea culpa mea culpa mea maxima culpa. Through my most grievous fault. He pulled the door closed against the gin’s bitter smell.

In the kitchen he made himself a sandwich but when he sat down he left it on the plate and lit a cigarette instead. He was lighting his second cigarette when he heardHelen’s slow, unsteady step and he rose immediately, crossing the living room to stand at the foot of the stairs--in case. We begin in hope, end by adjusting. Where had he read that? He knew enough to turn the living room lamp on rather than the overhead light,just as he knew not to reach too quickly for her arm. When Helen emerged from her room she liked to do so in stages, without harsh light, with a minimum of intrusion. As she descended in her nightgown, her eyes blank and unblinking above her high cheekbones, she managed to look regal, as she often did despite her drinking and he could not easily read her mood, the distance he would have to travel. When he offered his hand she smiled and let him guide her to the kitchen, but once there she disengaged herself. “That awful smoke,” she said.

“I’m sorry, dear. I thought you were in bed for the evening.” He waited for her to sit but she seemed contented where she was, leaning against the counter. He took his seat and snuffed out the cigarette.

“You haven’t eaten your sandwich.” Her tone was mildly reprimanding, almost playful. He thought for a moment a glimmer illuminated her blue-grey eyes that were dreamy in an unsettling way.

“There was a death last night.”

“I don’t want to hear the details.” The flat stare she wore like a mask drove the light from her eyes.

“You know I’ll have to be involved in the investigation.”

“As Chief of Security--”

“Where?” she said so softly, so helplessly that he came to her and put his hands on her shoulders. She turned away but he held her firmly. “Look at me, Helen.”

She stared at his shirt or maybe her eyes were closed, he couldn’t tell. Then her head fell against his shoulder. “We’ve got to move on,” he said gently, “the both of us.Together or separately. But we’ve got to.” She fought free of his embrace and stood at the sink, staring into the empty basin. “When you left the Department, you should have gone back into law, not Security work. You’re too good for that.”

She was moving into familiar territory. Normally he would have changed the subject but tonight he said, “What makes me too good?”

He knew what she would say--she had been reminding him of this ever since he joined the PD ten years ago, reminding him of it again when he left the Department last year--but he listened to her recital in the kitchen’s silence as if hearing it for the first time. Maybe he would believe it this time, maybe it would help him sort through the confusion and figure out where he was heading. He was educated, she told him, he held a law degree from Fordham, he knew that man was capable of higher things, of yearningsnobler than anything the lowlifes and criminals he chased could even imagine. He’d been a valued member of the City Council legal staff, not someone who hung back with the apes.

The long hours of the day ganged up on him and he leaned toward her, shoulders sagging, hands stuffed in his pockets. You know I was never satisfied being a lawyer.”

“And something you’ll never forgive, either.”

Tears clouded her eyes. “How can I?”

Ramsey wanted to explain, as he’d tried to so many times, that in committee meetings, in paneled offices, he had felt locked away from the world, out of touch: a bitplayer in a massive legal team. He’d come from a line of practical people--his own father had been a refrigerator repairman—who held jobs with a measurable effect. A man is someone who gets things done, that’s what he believed. Someone who moved in the world of real and ordinary people and who managed to make a difference in that world.Keeping the streets in order was such a job. That had given him purpose. But she knew that. So he said nothing.

“How can I?” She turned to the cabinets, opening and closing doors until she found what she was looking for: an unfinished bottle of gin. “Please,” he said. She hesitated, gripping an empty glass. Then she reached forthe bottle and filled the glass--no ice, no lemon--and took it with her, climbing the stairs without looking back.

He slid open the door to the porch and propped his arms on the rail. The yard, a double lot situated on a corner, afforded him a sense of privacy unusual for this section of the Bronx, this neighborhood of one and two-family homes south of Gun HillRoad.

The air smelled of basil and parsley, though in their own garden the grass had grown meadow-high. The hedges had to be trimmed, the flower beds replanted. One of these days he hoped Helen would get back to it. One of these days—he’d been saying that for nearly sixteen months now, as he watched her lose interest in everything: the garden first, then her crocheting, walks in the neighborhood, the poetry discussion group she belonged to at the library, the woman’s club at church.

He smoked a cigarette halfway through, before following her upstairs. She sat on her bed, her back against the wall, the half-finished glass of gin in her hand. “You didn’t call today.”

“I called four times, dear. You didn’t answer the phone.” He had arranged for Mrs. DeLorenzo, one of the neighbors, to look in on her and he told himself again that he had adjusted to her habit of not picking up the phone when she didn’t want her grief violated. He took the glass from her hand and set it down. “Maybe you’re right. Maybe I should think about going back into law.”

He waited for Helen’s voice to break the silence. It was easier when she was blaming him. Then he could blame himself as well. It seemed the simplest way to explain what happened to them. If he hadn’t become a cop, she wouldn’t have been left alone so much, especially at night. She wouldn’t have had to drink to take the edge off her loneliness, even during her pregnancy, especially during her pregnancy when he was out collaring petty thieves and juvenile delinquents and she was left alone with her fear sand her depression. If she hadn’t started drinking maybe Evan wouldn’t have been born the way he was. And if Evan had been normal, he might be alive today, he might not have acted so heedlessly. And if Evan hadn’t died she wouldn’t have had to start drinking so heavily again, would she? The rationale went on and on. It was Ramsey’s fault. It was the lie that kept them from moving on.

He took her hand and held it, examining the pale skin crossed with blue veins,the thin nervous fingers and perfectly manicured nails. What had become of the woman he’d fallen in love with? She let her head fall against his shoulder and the smell of her body lotion quickened his senses. She didn’t stop him when he slipped his hand inside her robe, her skin coo l beneath his touch, his hand rising from her belly and the contours of her ribs to feel the fullness of her breasts. For so long now she had refused to come to their room but sometimes it would happen like this, weeks or even months apart, on the narrow confines of a single bed. Always with the light on, always with the smell of gin on her breath.

There was no room for invention. He lifted the gown from her and she lay beneath him, gripping his shoulders. Her cry was loud and terrible as if he had reached inside her deepest wound to tear it open end to end. One of her hands settled on his face,fingers splayed like a mask, and she pushed hard in a way that forced his face side ward while her other hand, around his neck, pulled him closer.

She moved against him and cried out a second time, a wailing sound that made him shudder. It filled the silence and she cried out again and again. It seemed to him one continuous sound, rising and falling and rising again, gathering in this one place, this one act, all the accumulated sadness of his life. He closed his eyes against the yellow glow of the night light that reminded him of his room as a child, the nights he was sick with fever,with chills, nights so long he thought he would never see real light again