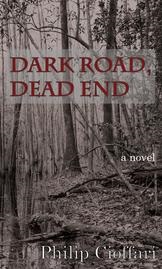 "A novel that provides considerable insight within a fictional context."

Walter Morrison, working undercover for the U.S. Customs Service, has been in town less than three weeks but already he’s seen evidence of wildlife smuggling: boatloads of exotic species of birds and mammals being ferried in the dead of night through thefast-running streams of the Everglades.

And what he’s witnessed is only a small part of a vast criminal enterprise that supplies these rare and endangered species nationwide to pet stores, private hunt clubs, wildlife safari parks and even to highly “reputable” municipal zoos. His chance to expose the operation is growing slimmer because someone in his own agency has set the clock ticking on what could be the last seventy-two hours of his life. To complicate matters, Morrison’s a loner. Until now this has been an asset in his line of work, but this job is too big, too perilous to work alone. So he’s forced to depend on an unlikely array of people: a Guatemalan migrant worker here to avenge the death of his sister; a retired Coast Guard Admiral who misses the thrills of his former life; a small-time New York hood on the lam from the mob; and the beautiful and seductive girlfriend of a sleazy hustler. It all plays out in Mangrove Bay. The end of the road. An outpost on the southern tip of Florida, beyond which lies nothing but endless swamp and danger.

I was appalled to learn that the trade in exotic and endangered species is a multi-billion dollar industry. It stands as the world’s third largest organized crime—after narcotics, and arms running. In the state of Florida, it is second only to the illicit trade in narcotics. Despite an international ban on such trafficking, there are many “rogue” nations that do not enforce the ban and that turn a blind eye towards those who violate it. And to be sure, world-wide, there is no shortage of those willing to engage in wildlife poaching and smuggling. One reason for this is the lucrative rewards of such activity—as one U.S. Customs agent put it, “Pound for pound, there is more profit for smugglers in exotic birds [and other wildlife] than there is in cocaine.” Another appeal to the criminal mind is the low risk of being apprehended, this a consequence of the fact that most customs agencies are understaffed and over-worked and must, of necessity, turn their attention to higher-profile crimes, like the trade in narcotics and guns. The way it works is this: animals are poached from all over the world, smuggled illegally out of their respective countries, then shipped thousands of miles via land and sea, and ultimately smuggled into the country of destination. The U.S. and China are the two largest consumers of such contraband. I wanted to shed some light on this situation, to call attention to it and—because I’m a writer of fiction—do so in as entertaining a way as possible, hence the noir suspense/thriller format of this novel.

Morrison stood on the porch of the River Hotel finishing his third whiskey of the evening, wondering how they would kill him. It would be an accident, of course. That was the way with agents who fell out of favor. An unfortunate tragedy of circumstance, a situation that was unanticipated. That would be the wording in the letter to the aunt he hadn’t seen in years. With our deepest regrets. . . .

The whiskey had gone sour on his tongue. Death had never been so real to him. Over the years he had, of course, attended his share of funerals. But his own death had remained a nebulous thing, remote at best, undefined.

The realization that it was imminent astonished him, as if he’d lived his entire life without regard for its terms and conditions, its limited warranty. As if he’d failed to read the small print of the contract.

Farther down the porch, hotel guests gathered around a piano bar, the maudlin tinkling music and their chatter of no interest to him now. In this heat even the smallest gesture was an effort, but he waved his glass at the waitress coming toward him, the young perky one—LeeLee or DeeDee—who always offered him a smile.

Under the yellow porch lights, his face with its watchful eyes and strong chin, seemed on the verge of discovery. His eyes flicked toward her and he smiled briefly before looking away. Pretty women always made him feel he should apologize. For what, he wasn’t sure.

She took his glass and moved toward the door without breaking stride.

He turned now to the river and the gold disc of the sun suspended above an horizon of slash pine and palm. Usually he didn’t have his fourth whiskey until the sun had set and the sky had turned an iridescent silver. But tonight he didn’t have to wait for the colors of dusk to unnerve him.

When the girl brought his whiskey he moved to the end of the porch with its view of grey bungalows and beyond that, beyond the row of trees with their brush-like blossoms of pink and white, the ball fields of the high school where a handful of Guatemalan boys played soccer. Tonight Emilio was not among them and he felt as if something necessary had been ripped from him. The sons of fishermen and migrant workers on temporary visas, the boys came from the trailer park up river. Watching them at play had been the solace of his evenings.

​On the field, the ball arced high, the boys’ cries rising in the darkening air. He took satisfaction in the youthful motion of their bodies, arms swinging freely, brown legs flashing as they followed the ball this way and that across the field. At 51 he could still remember what it was like to be young and he looked back to that time with regret. He wished he could have been carefree and joyous like these boys.

​Across the river the swamp grew darker, a chaos of shadow and night sounds. In a matter of hours he would be out there, on patrol again, his nightly ritual. Except that tonight there was a special shipment coming in. Emilio had alerted him to that. The anticipation added to his anxiety, sharpened his fear.

But first he had to meet with Caruso.

​He drained the whiskey and turned back one last time to watch the boys, ignoring the romantic notes of the piano and the laughter that drifted dismally in the air around him.