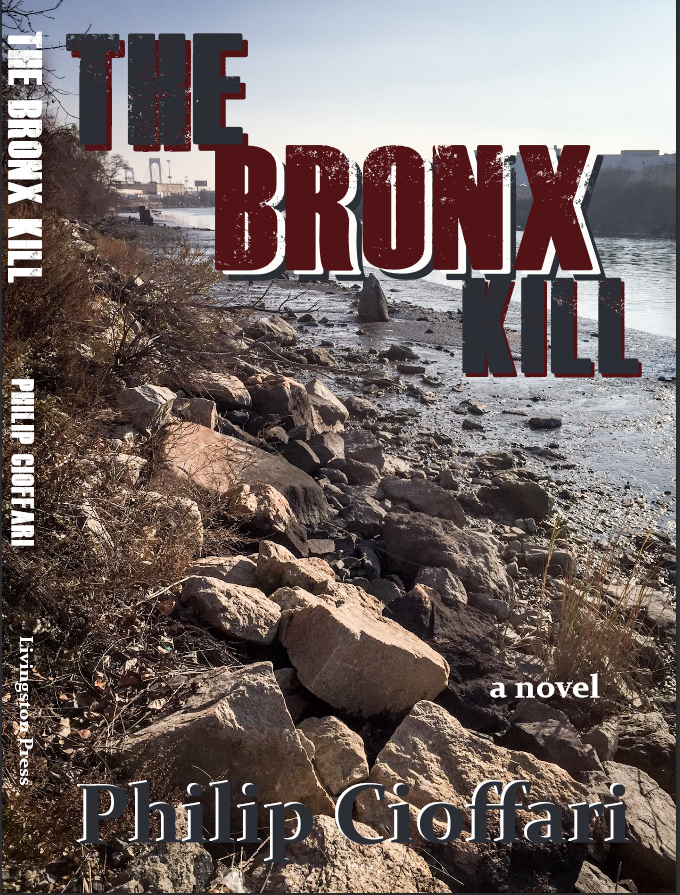 "Interesting revelations in this tale of loyalty, lost innocence and redemption."

"Unique, impressively crafted, and an inherently riveting read from beginning to end."

"It's the brooding atmosphere that truly packs a punch. Readers will gladly lose themselves in this novel's sense of foreboding."

"A compelling web of complex situations and characters. An excellent and exciting read!"

On a hot August night, five teenage friends challenge each other to swim the East River from the Bronx to Queens. In the attempt, one boy drowns and the body of the only girl among them is never found. The three survivors take a vow never again to speak about the incident. When they reunite five years later, they find themselves at the mercy of the drowned boy’s brother, an NYPD detective, who holds them responsible for his brother’s death and vows to bring them to justice by any means possible. Now, Danny Baker, one of the three survivors, must fight not only to preserve his childhood friendships but to save himself and his friends from the detective’s brand of vigilante justice.

Four of them, stripped to their shorts, stood on the riverbank, eyes fixed across Hell Gate at the lights of Queens.
This had been Charlie’s idea. Let’s swim it.

No one protested. Not Johnny or Danny. Not even Mooney, the weakest swimmer among them. No one dared.

No sweat, Charlie said. Can’t be more than half a mile. Can’t be.

Across the river the lights flared, spur-like, diffused, beyond the roiling currents.

Tonight it’s ours. They had tried before and failed. But that didn’t matter. Not this night. Not for this, what Charlie called the grandest challenge of their youth, the ultimate test of their manhood. Let’s do it, he said.

They’d been drinking and their bodies leaned tentatively toward the water. Uncertain. Unsteady. Charlie with the broadest shoulders, the biggest build, the others thin pale shadows of him.

Charlie stumbled forward, he was no pansy, feet slipping on wet rocks, arms swinging in broken circles, propeller-like, powering him into the waist-deep water at the river’s edge.

Johnny followed quickly, then Danny, mud sucking at their feet. Only Mooney hesitated, watching from the shoreline.

Come on, Charlie shouted. Prove you got some balls. Prove it.

Mooney shook like he was cold. Thin flat chest, flat belly, thin arms and legs—bird-like, delicate—his face tinged with a blush of shame but his body white as bone.

Charlie came out of the water, talking under his breath to Mooney, jabbing at his face, his chest, his arms. Softly at first, almost playful. Then harder, harder. Grabbing him and lifting him, turning sharply as though he might fling him into the water.

Mooney slipped free. He hung back on the bank, shoulders hunched in apology. Then the girl appeared. Out of nowhere, it seemed. Stepping from the shadow of the bridge. Sun-bleached hair blown back in the breeze, her smile an arc of whiteness in her deeply tanned face. She had a slow, easy way of walking, an offhand way of saying, I’m coming, too. No chance they wouldn’t go now. No chance any of them would chicken out.

They watched her—Mooney less intently than the others: he’d seen her naked before—as she lifted her halter top, unzipped her shorts. In her bra and panties, she stood on the bank, unflinching under their scrutiny, before entering the water, striking out for the far shore.

Charlie leading the way, the three of them surrounded Mooney then, shouting Timmy Timmy Timmy, pulling at his thin arms, dragging him into the water.

Nobody swam in this river. Too dirty. Too dangerous. Too rife with chemicals, disease. Too subject to strong and unpredictable currents. As rough at times as Hell Gate to the south. At night the ship traffic couldn’t see you. You were flotsam, debris tossing in the waves.

But Charlie plunged ahead, swimming hard to overtake the girl, Johnny following close behind, then Danny, and Mooney dead last.

The water’s black grip felt colder than Danny, the youngest of them, expected this time of year; slick and oily, it yanked him downward. When he fought his way to the surface, coughing, spitting through gritted teeth, he turned to be sure Mooney was following—and he was, arms flailing, feet kicking hard, an awkward but determined pantomime of a swimmer. The others, ahead of Danny, were already nothing more than dark blurs on the water, marked now and again, brief silver flashes.

Danny got his bearings then and swam harder, gaining on the others because he knew without thinking it this test of their manhood involved not only making it to the other side but making it there first. It was as much now about her as it was about proving himself to the guys.

Fifty feet from shore the current began to strengthen. He stopped to rest, treading water, gulping mouthfuls of air, watching the pinpoint of a ship’s light gliding by on the river, watching the shoreline glide by too as he drifted southward. Then he was swimming hard again, fighting the current, trying to make up lost ground.

What happened next happened without warning. A wave from the passing ship swamped him. When he re-surfaced, spitting the sour-tasting water, eyes tearing, thinking we’re all going to die out here, he saw Charlie swimming back toward him, heading for shore.

Too rough, Charlie shouted. We can’t make it.

Then Charlie was past him, head down, doing the flawless overhand stroke he’d won medals for. Johnny was close behind, swimming in his wake, face tight with strain as he too headed back.

I can make it, Danny thought. We’re almost a third of the way and I can make it. I
can. I can. No longer could he see any trace of the girl, Julianne—he was in pursuit of the idea of her, his fantasy of her—so he began swimming again, riding the ship’s waves which were less severe now, small rounded hills of water breaking over him.

In a matter of moments, though, he saw Charlie was right. The current swiped him from all sides, held him captive, dragged him southward toward the bridge. It took all his effort to break free, to spring from its grip, to point himself toward shore where they’d left their clothes.

That was when he saw Mooney coming toward him, arms flailing, feet sending back fantails of spray as he labored into the current.

You won’t make it, Danny shouted.

Mooney kept swimming his awkward, blundering stroke. Danny reached out to stop him, grabbing at his shoulders, his neck, the water rising in furious waves around them, everything—Mooney’s slick skin, Danny’s clawing hands, the stinging burn in his eyes, his throat—all of it inseparable from the river’s raging assault; and then Danny stopped reaching for him, slowly backing away from him as the dark water swirled between them.

Treading water, his heart pounding so hard he gasped for breath, Danny watched him struggle to stay above water. He kept his head turned toward Danny. He seemed to be waiting for something. The look in his eyes said that.

Before he began swimming again, Mooney’s face lifted above the river. He was grinning, or so it appeared, his mouth twisted in an odd, unexplainable way as he leaned back into the current.