IF ANYONE ASKS, SAY I DIED FROM THE HEARTBREAKING BLUES

If anyone asks, say I died from the heartbreaking blues

"The action in this novel occurs over the course of a night. That gives the book a tension and a feeling that dawn can't come soon enough. It's worth the quick read to hop on that subway with Hunt and discover how his momentous night ends."

"A delightful, tragi-comedy. The novel captures a lost world brought back to life by a diverse cast of quintessential New Yorkers, circa 1960. Dialogue snaps. Scenes blossom. Pictures flash before our eyes. It's no surprise to learn that Cioffari is an award winning filmmaker as well as a fiction writer."

"I noted similarities to The Catcher in the Rye, the New York setting, the teenage protagonist's episodic encounters across a varied landscape, hanging out in bars and getting a beating, the deceased brother. But whereas Holden is unable to act on his vision of saving children from the realities of adulthood, Hunt takes selfless risks to protect others several times over."

"... Rich and full. Its pages are packed with action, yearning, fear, and as the title says, heartbreak, all squeezed into one teenager's efforts to get through one night in his life. There are also insights, questions, and discoveries, and the spark that makes it all worthwhile - hope."

"Cioffari is playing with classical drama in harmony with the simple beats of the haunting poetic melodies of the era, providing his reader with a poignant and nostalgic ride into the timeless head of a boy on the cusp of manhood." 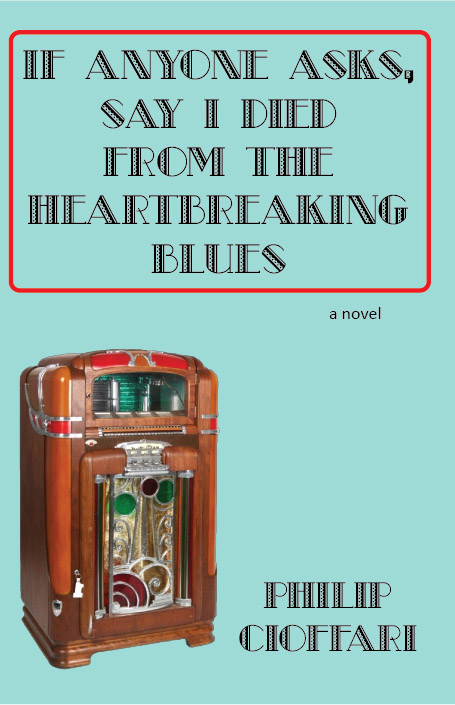 A comic and bittersweet tale of love, longing and coming-of-age in 1960s America.

PART ONE
TRY THE IMPOSSIBLE

The Bronx. June 22nd, 1960
—1—
Joey Hunter, known in the neighborhood as Hunt, turned eighteen the day of his senior prom, the most hopeful day of his young life—or so he believed—because it would be his first date with Debby Ann Murphy.

That morning he waited in his Religion in Society class as Brother Aloysius James, blond hair ascending in waves from his soft pink forehead, clapped his hands to call them to attention. Forty boys, paired into reluctant couples, glared at Brother from either end of the St. Helena’s Boys’ Division basketball court, their faces in the gym’s unflattering light a mix of curiosity, amusement, resentment and outrage.

“Why we gotta do this?” from Kevin Flanagan, his face dominated by little red volcanoes.

“Why can’t we use real girls?” This time the question came from Hunt’s assigned partner, Sal Buccarelli, first string varsity linebacker, known on the gridiron as Sal the Butcher and, in the after-school hours, as leader of a local gang of would-be toughs called the Brandos. Brother Aloysius turned to face Sal of the massive shoulders. “We want you to be ready for them, that’s why. Tonight at the prom we want you all to behave like the gentlemen we know you can be.” And not the hairy apes you so often are, his muttered aside so soft only Hunt caught it.

Brother flicked the switch on the turntable, set the needle delicately on the vinyl: the trombone sound of Moonlight Serenade filled the gym’s barren spaces. Never mind that the big band era had passed, that the boys before him were now dancing to Bill Haley and the Comets, this—Brother believed—was music with elegance and grace. He saw it as his duty to bring civilization to their imprisoned, barbarian hearts. “I need a volunteer,” he called out sharply.

Instinctively he turned to Hunt.

“Oh no, Brother. I’m always the girl. Sal never lets me be the guy.”

With relief, Hunt watched Brother re-direct his attention to Sal. Something about the over-sized, lumbering linebacker and self-proclaimed gang leader—with a face the texture of stucco and eyes the color of an overcast sky—being led around the gym in the feminine role seemed to tickle Brother’s fancy. “Sallie,” he said, using the nickname Sal detested.

But Brother Aloysius marched to him, bowed briefly and said in a loud clear voice, “May I have the honor of this dance?” He cupped his hand firmly around Sal’s waist. “Hand on her hip,” he instructed the class, “not where you’d like it to be, ha-ha. Your touch should be firm but gentle. Take her right hand, extend your arm and lead her, glide her, into the music. At the prom tonight, apply the moral standards we’ve discussed in class. Treat her with respect. Treat her like she was your sister.”

A collective groan rose around him.

Brother Aloysius, one eye on the less-than-graceful technique of the boys dancing under the back boards and along the foul lines, confided to Hunt later that waltzing with Sal Buccarelli was like pulling a two-ton truck though a muddy ditch. Hunt could empathize. Being shoved around the dance floor by Sal was like being rammed by a two-ton truck. Mid-song, Brother guided Sal back to Hunt, muttering before he turned away because he couldn’t help himself, “You big oaf.”

Sal directed his response to Hunt, as if he were the source of the insult. “I ain’t no loaf.”

And for that clarification, Hunt was rewarded with a bloody nose, compliments of Sal during lunch break, as soon as they were out of sight of Brother Aloysius who had cafeteria duty that day.